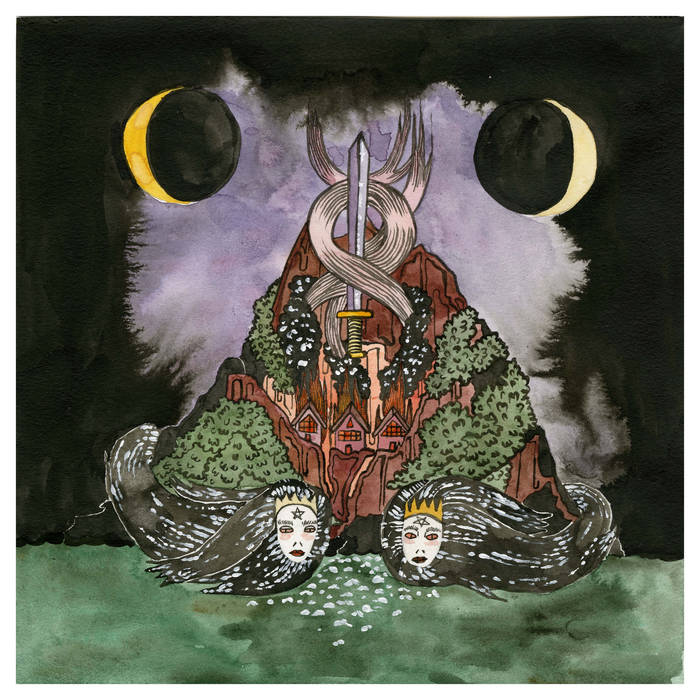 wonderdog This is wonderful.
I was thinking that Spencer Krug had started a new project!

Thomas Janzen creates a strange and mystifying world from the first steps into Pale Moon to the final hums of Over Waves, with each listen only pulling one in further Favorite track: Throw My Ashes Off This Pier.

Jn Fr Maybe Island Eyes' music might sound easy and pretty accessible at first, but there's always more than just a hint of anguish in Derek Janzen's songs. I'm not sure if anyone get's it, though, because as usual, Janzen eschews common stylistical devices of drama. It's almost like Janzen tried to hide his lyrics in gentle harmonies sometimes. Favorite track: Throw My Ashes Off This Pier.

Special Thanks to:
Everyone who has been involved with the production of this record over the last two years. To Jordan for lending me all of your keyboards and pedals, Jared for letting me practice with your drums as well as lending me your snare and cymbals for recording, Ben for being my bunk buddy during my time in the studio, Courtney for creating some of the most eye-melting artwork I've ever seen, Connor for designing our webpage as well as keepin' it groovy on the bass at our shows, Jzero for helping with all of the emailing and preparations that went into putting on our release tour, Cody for recording all of the saxophone and rhodes last Christmas, and to Jessie for letting me waste all of our money so I could complete this project.
XOXO

"This self-titled release is Island Eyes’ first album, and fans of Janzen’s previous work will be pleased to find that he is still crafting exciting, experimental pop/rock music that incorporates a range of instruments and electronics. An obvious comparison is Spencer Krug’s Moonface output, especially earlier releases like Organ Music and Heartbreaking Bravery, although both acts are distinctive and unusual and probably share less in common than the majority of conventional bands."

Island Eyes is Vancouver, BC musician Derek Janzen. He has been quietly recording and releasing homemade music from out of his bedroom since 2008.

Over the years he has played along side some great acts including Wolf Parade, Mount Eerie, Car Seat Headrest & Frog Eyes. ... more

Bandcamp Daily  your guide to the world of Bandcamp

Featuring interviews with the mighty Hiatus Kaiyote and genre-busting L'Rain.